I had been thinking about what the future  held, I certainly didn’t want to continue working – already for far too long. As a child I had fallen in love with France, the French, and the language; in my twenties and early thirties I had visiting Provence many times, taking extended holidays and language courses in a vain effort to become fluent –  not a linguist, but nonetheless I have a good vocabulary and can manage! So why not rediscover La Belle France, even better think about buying a small flat or house with a view to later moving over permanently? Provence is now rather expensive so I suggested to Margie, my sister, that we go to the south to discover a different area. I planned it so we would be in the Lot for her birthday in July  2016. Perfect!

For several years I had been trying to get Margie to consider doing something different, she has worked her tail off for too many years making other people’s businesses successful and with poor reward – such is the world of hospitality and catering. So I thought I would suggest that she cold join me in my new French adventure. Little did we know as we boarded the plane for Toulouse that the holiday would launch us into a new life much sooner than we had expected. In fact I hadn’t  actually suggested living in France permanently to Margie. I planned to have a serious chat about ‘The Future’ whilst we were exploring this new part of France. 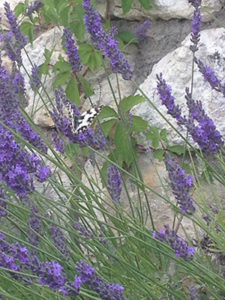 The holiday was perfect, we loved the area – verdant, relaxed, lots of wildlife, medieval architecture, fabulous wines and so much more. The lazy River Lot meanders its way though the welcoming countryside and we pottered about for two weeks just enjoying the ambiance and the very relaxed, sociable way of life. We explored the towns and villages and , the way one does, we looked in all the estate agents. Margie was getting quite an eye for places that ‘needed a pool.’, ‘could do chambre d’hôtes’, with a barn that would ‘make a nice gîte’. Then halfway through the second week  we returned to Puy-L’Evêque, a small town we had visited on our first day and where we had picked some delicious, sun-warm, small plums. It had been a thriving river port for centuries and now is a friendly, medieval town with a weekly market and two estate agents. Having got our eye in we decided we should see what one could get. In my rusty french I explained we were not intending to buy right now but would like to see a few properties to get an idea of what was on offer. We came away with three sets of details and direction so we could see the outsides, thenif we were interested the agent could show us the following afternoon.

The first two were in Puy-L’Evêque, one a presbetery with fabulous views over the Lot valley. The third was in a small village, on a road and quite run down – you wouldn’t want it in England. Well, we fell in love with the third and when we saw it the next day we could imagine many possibilities. Annie, the estate agent, got quite caught up in our discussions and was adding her ideas as well. I did try to be circumspect and measured, I let the weekend introduce some space and we revisited the following Monday evening, the day before flying home. The attempt to be rational about this was in vain, we both loved this old stone house, with its two barns and two fields; and it didn’t matter one jot that it was on a road.

By the time we landed in the London not only had Margie agreed that moving to France together was an excellent idea but also we had made an offer on a property and it had been accepted.

Six Months later in January 2017 we moved lock, stock, and barrel to Grezels.[/vc_column_text][/vc_column][/vc_row]